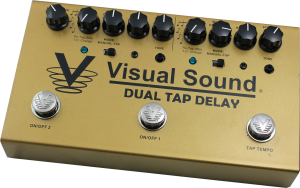 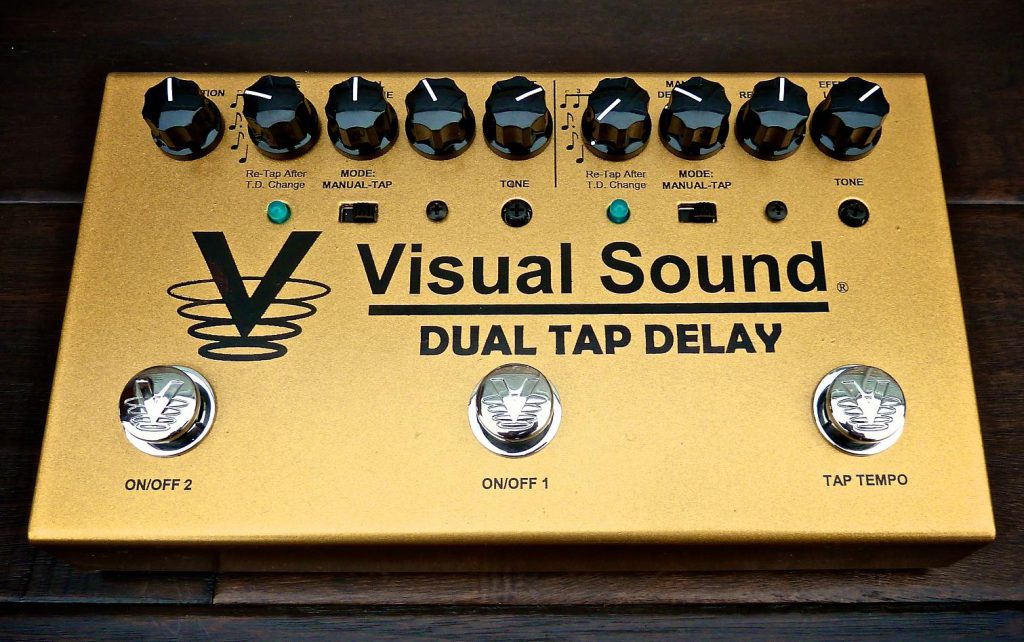 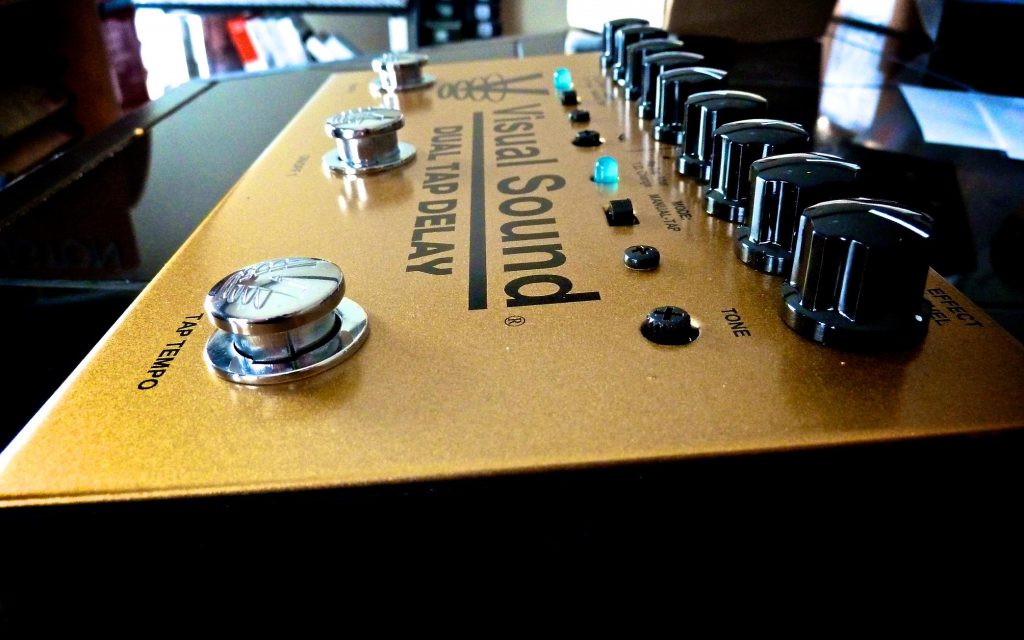 One of Guitar World’s Top 10 Pedals!

The Truetone Dual Tap Delay gives you two separate channels which can be used independently or together, synchronized with a single tap-tempo switch. The two channels are identical, but with the second channel also having a Modulation control to add a Chorus effect to the repeats. Max delay time is one second for each channel.

Each channel can be used in either Manual or Tap modes, with controls for Manual Delay Time (in Manual mode), Repeats, Effect Level, and Tone, as well as Time Divisions for Tap mode.

There are also two internal switches. One switch controls whether Output 2 is effected or dry, while the other switch sets repeats to be either trailing or non-trailing for Channel 2 after the effect is turned off.

The Dual Tap Delay is designed to be used without the need to read a manual… a refreshing change from most modern delay pedals. The sounds from the pedal are immediately gratifying, even on first use. Although it’s common to just let DSP do all the tone shaping in a delay, Truetone uses a lot of analog circuitry to create the warm feel of the Dual Tap Delay. Most companies don’t do that because it costs more and is more complicated, but we thought you would appreciate the better sound that this method produces.

Power: 1 SPOT or other 9VDC regulated power supply (center pin negative)
Current Draw: approx. 120mA (NOTE: PedalPower users – make sure to use one of the higher mA rated outputs, not the standard 100mA max outputs. Make sure to check your power supply owner’s manual for instructions and limitations… or just use a 1 SPOT.)

Note: The Dual Tap Delay is somewhat like a computer… it needs to be re-started once in a while. If you leave yours plugged in all the time, you should unplug the power for 10 seconds or more before a gig in order to keep it from having any problems. In rare cases, it may stop producing delay effects even though it passes signal. By unplugging and re-plugging power, this sort of problem will be prevented (or solved if you’re having an issue).