So what possesses someone to start a guitar products company in the first place? Well, it all goes back to November of 1988. “I needed a volume pedal, so I went out and bought an Ernie Ball mono volume pedal. After a short time I became frustrated with it. The volume taper was too abrupt, and more importantly, it didn’t have a visual reference so I couldn't see where I was at.” After shopping for what he certainly thought existed at the time, to Bob’s amazement there was no such thing. So what did he do? Like any good inventor, he did the next best thing…created one. 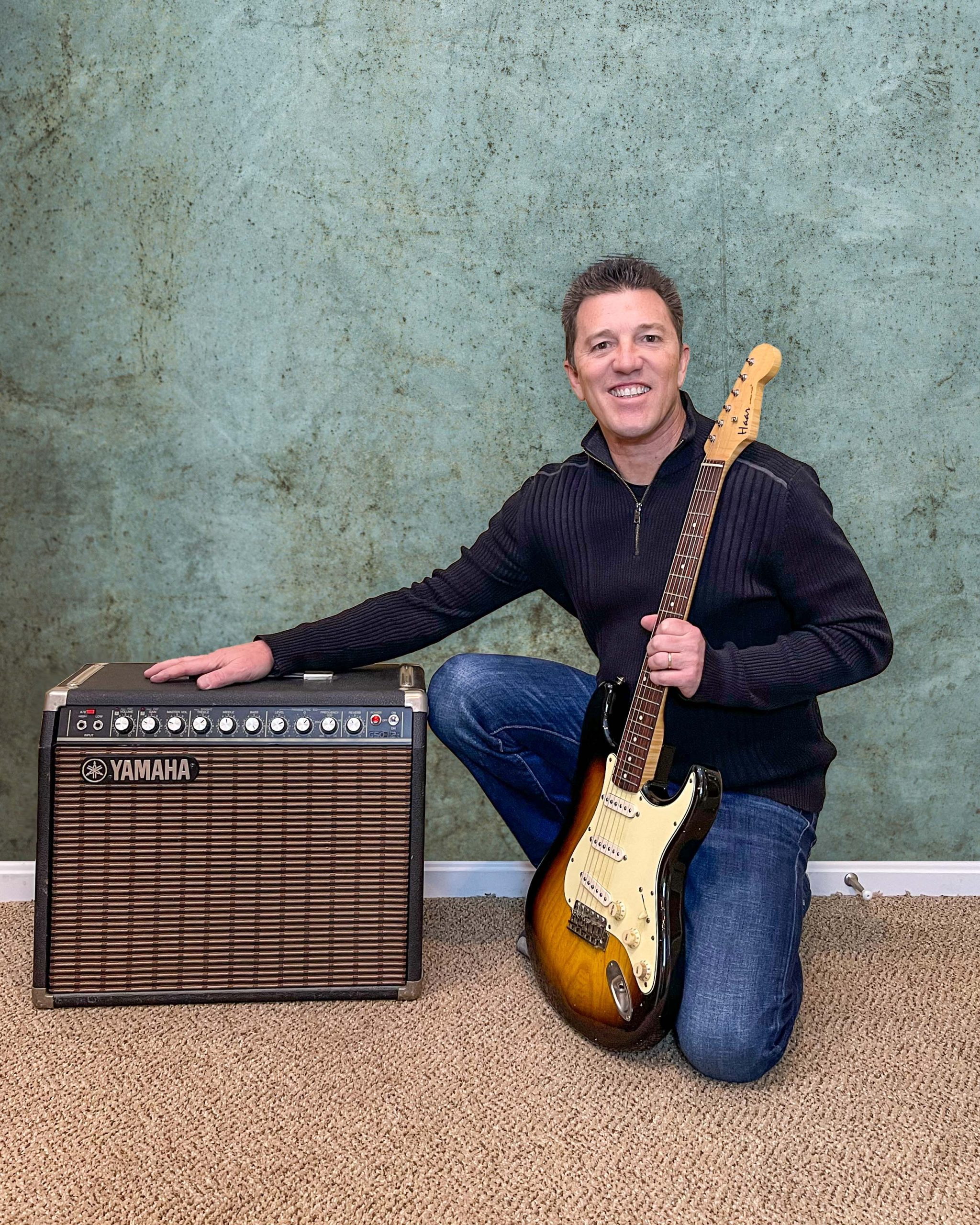 “I could see my Ernie Ball pedal only had a pot and a string, so obviously the volume part of the pedal was easy.” But what about making an LED scale to go with it? “Well, I had one small handicap… I didn't know ANYTHING about engineering. I was working in sales and marketing with a degree in Business Administration. That’s great for business, but doesn't do much if you’re trying to design a product that nobody’s ever tried to make. I started hanging out at libraries reading books on basic electronics (this was before the Internet existed). I also called a lot of engineers at semiconductor companies and asked all sorts of stupid questions. Eventually, over a period of years, I figured out how to make a “visual” volume pedal with a 10 LED scale.”

Over time Bob taught himself electronics, mechanical engineering, and patent law. And from what started as a wood block prototype, Bob’s original vision began to take shape. “I made a couple of prototypes and showed them around and eventually certain musician friends of mine wanted one of their own. So, I patented the whole “Visual” concept for pedals (another learning curve) and at the January 1995 NAMM show, I jumped into business with one product… the Visual Volume™.”  That was the start of Visual Sound, now known as Truetone. 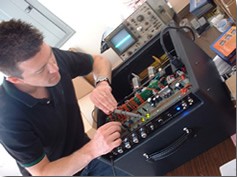 Like any startup company, Visual Sound had its share of ups and downs trying to find that one thing that makes it all work… “If there was a mistake to be made, I probably made it. Unfortunately, volume pedals simply don’t sell as fast as effects pedals do. So I tried a few different test-market productions of other pedals such as: Visual Metal, Visual Blues, and the Visual Wah/Volume. All had less-than-impressive results.” But it wouldn’t be long before Bob created the pedal of his dreams… the classic Jekyll & Hyde™ overdrive and distortion dual effect pedal. “It wasn’t ‘Visual”, Bob said, “but it was exactly what I had been wanting as a guitar player for years.”

But the biggest challenge was yet to come…

At the very time Bob invented the pedal that could change the future for both him and his company, the money ran out. Bob tells it this way, “Through a miraculous set of circumstances in my darkest hour, I suddenly was given the opportunity to have a some big orders paid for up front, which normally never happens. That turned everything around by giving us the exact amount of money we needed to start over. Leading up to that, I actually thought I would close up shop, but evidently God wanted me to keep going. How could I say no?”

Since that time, Visual Sound continued to grow, finally becoming Truetone in 2015.

Now, with a bright future ahead, Bob and his staff are creating new products that will establish Truetone as a cutting edge music company far into the future.

Our founder and CEO! Bob, a native New Yorker, lives with his lovely wife Julie outside of Nashville, Tennessee

Following a 30 year career with IBM, R.G. brings a vast wealth of knowledge to Truetone for product development. Well known throughout the boutique and DIY communities for his geofex.com website, R.G. is known by many as the Godfather of Boutique.

As well as being a walking encyclopedia of guitar history, Zac is an accomplished guitarist himself – playing with the likes of Vince Gill, Alison Krauss, Brad Paisley and Buck Owens, among others. After graduating from Belmont University in Nashville, Tennessee, he studied for a year at the Sorbonne in Paris. In addition, Zac was the long-time guitar tech for Brad Paisley, as well as Terry Clark and Carrie Underwood’s band. Along with his tech work, Zac is a contributing columnist for Vintage Guitar magazine. He is also the host of Truetone Lounge, our in-house video show!

Steve was a touring musician for many years, backing up artists like Michael Card, Wes King, and many others. Also having worked in retail music stores, Steve is able to provide support to Truetone dealers throughout North America.

Dana has worked both in music retail and as a touring musician (Sonic Flood, Geoff Moore, etc.) and brings his vast knowledge and skill to Truetone in overseeing all of our Service Operations and meeting the needs of our customers. Need support? Go here.

Bob’s older brother relocated from Connecticut with his family in 2005, following Michael’s 18 year career with Boardroom, Inc. Michael’s expertise in marketing and organizational detail helps Truetone to continue growing, impacting the musician marketplace and beyond. Mike gets the devil out of the details so the rest of us don’t have to worry about it.

Known by many as the lead singer of the band “Guardian”, Jamie is known to his friends at Truetone as the social media guru and high-intensity marketing guy. Joining the TT ranks in early 2012, Jamie has his sights set on getting every guitar player on the planet into Truetone. He handles filming and editing of all in-house videos including Truetone Lounge.

Ben is gifted at working with computers.  Whether he’s programming a new database from scratch or helping someone with a computer migration, Ben’s unique skill-set is appreciated in the office.