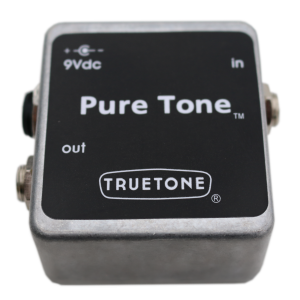 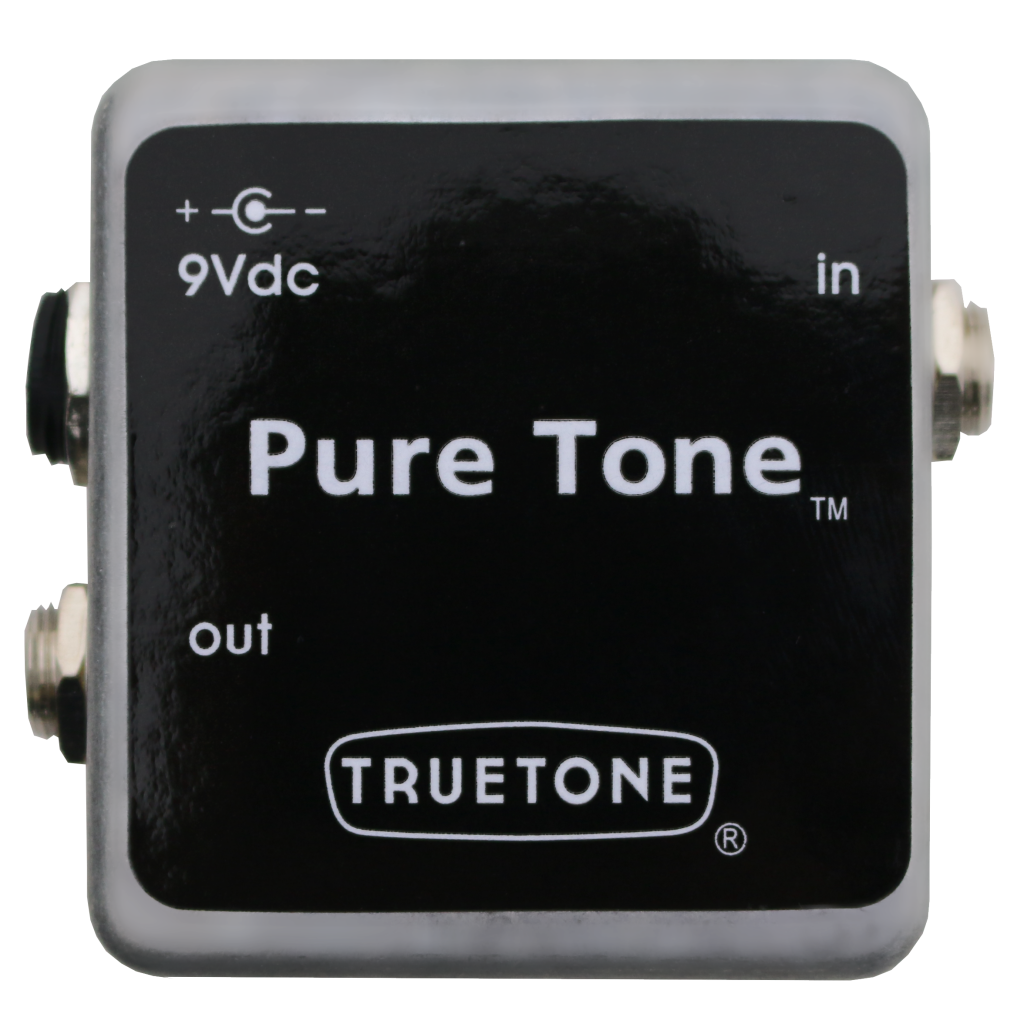 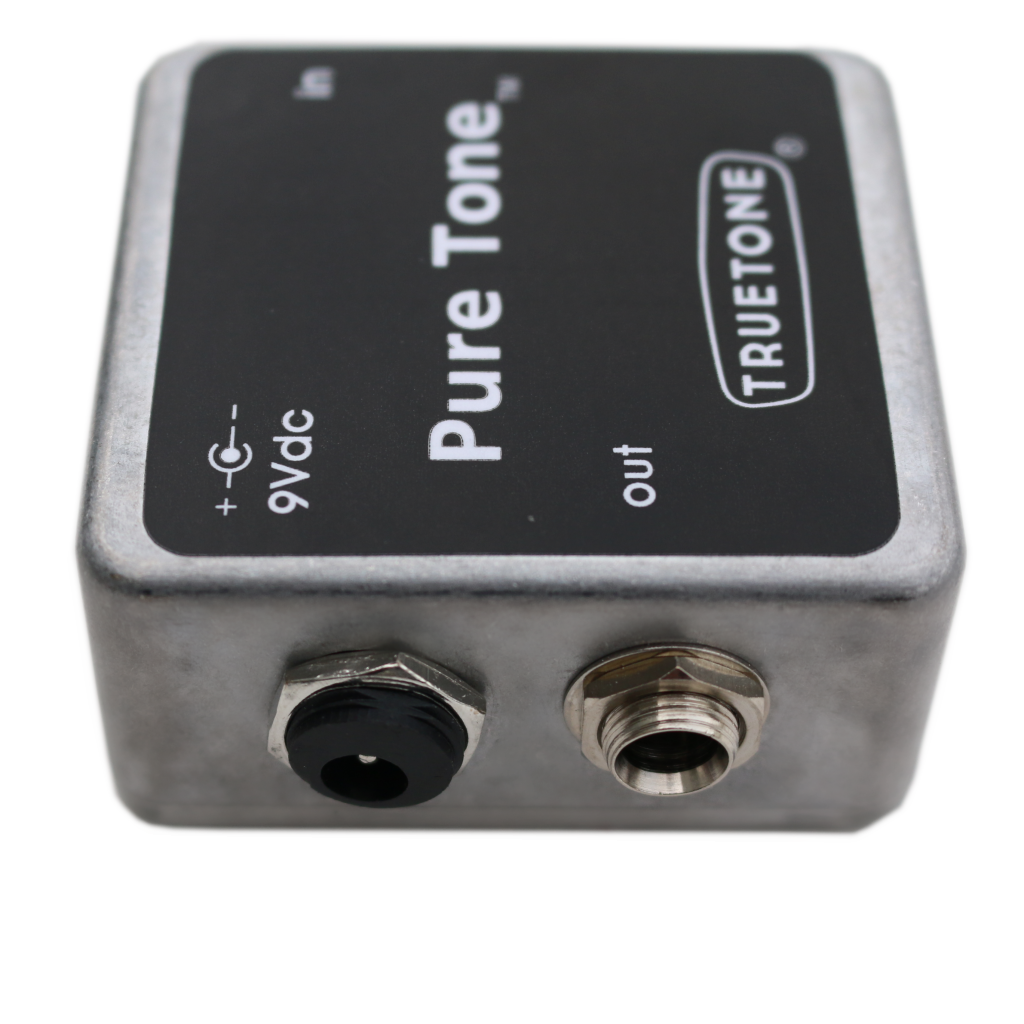 The famous buffer that is in all Truetone pedals is also available in a tiny, Custom Shop package. Put it first in the chain of effects, plug in your input and output cables and a 9V power supply (like the 1 SPOT…), and your guitar will sound like it’s plugged directly into your amp with a short cord. It’s that simple, and yes, it really works. Completely eliminates cable capacitance and tone sucking. NOW IN STOCK!

Pure Tone was built originally for guitarist Neil Zaza back in 1997. He needed something to clean up his bypass tone for all the pedals he used (VOX wah included). Pure Tone, when placed first in the chain, made it sound like he was plugged straight into the amp even when going through notorious tone killer pedals. Here’s a photo of one of the original Pure Tone boxes, circa late 1997: 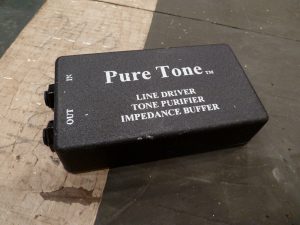 …and before it was even called Pure Tone, the first prototypes earlier in 1997 were called “The Black Box… Top Secret Tone Purifier”. Here’s a photo of one of them: 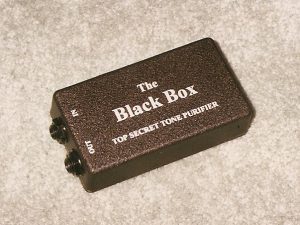 I just got the PureTone Buffers, and had a chance to play them and compare them last night. They sound fantastic. I’m so, so happy that I discovered them, and can’t say enough good things. I don’t play guitar for a living, but I’ve been playing for almost 20 years, in some professional cover bands, as well as paid studio work. I’ve had a TON of buffers in my rig from time to time: T1M MiniBuffer, Axess BS2, MXR/CAE401 Line Boost, Boss TU2/TU3.
One crucial area in which most “expensive” buffers fail is in the treble content. Most people confuse “treble” with “clarity”, and most of the high-end buffers I’ve had just add WAY too much treble content. Sonically, just like you claim, your buffer is uber-neutral sounding, yet still clear. The mids sound, and feel, really natural. And the treble isn’t over-hyped. I’ve been running the T1M buffer under my board lately. And while that buffer is hard to beat for $39 bucks, it lacks a certain clarity that the PureTone has. Yours is much more clear in the mids. In a back to back comparison, the T1M sounds a little congested in the mids, and a little muddy on the low end.

Bottom line: when I’m using the PT buffer, I don’t know it’s even there. Whereas I *knew* when my $200 Axcess BS2 was on, because my ears were bleeding. (haha). To top it all off, your price point is fantastic. It’s absurd that people are charging, and spending, $150+ for a buffer. AND the size of yours is perfect. It can be mounted under my board, and doesn’t take up actual pedal real estate.